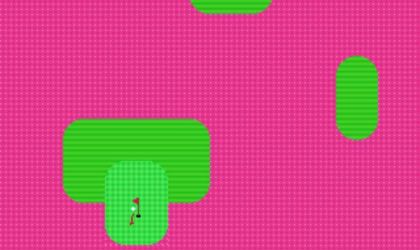 Hit a white ball into a little cup in this golfing game made for the OneSwitch competiton.