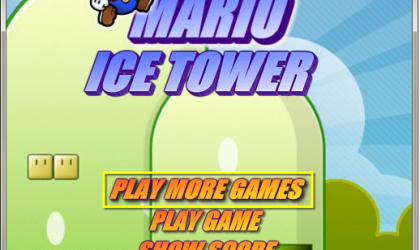 A deceptively challenging platform game with our favorite plumber and company.

Take Mario or his brother, Luigi, or some other available character into a slippery tower and climb it by making jumps and bouncing of walls to get to the top floors and the tops scores.