You are here: Freeware Home / Action / Alien Swarm
Follow us: 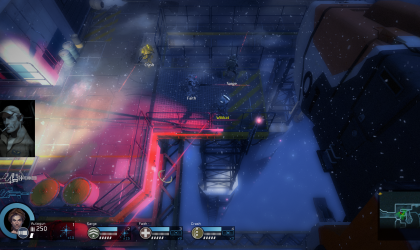 Alien Swarm is a shmup played with an overhead view where the player can chose to play one out of four Marine classes; the Tech, the Medic, the Officer, and the Special Weapons.

Alien Swarm is a shoot em up that you play with an overhead view. You can chose to play one out of four Marine classes; the Tech, the Medic, the Officer, and the Special Weapons. Every class makes its own contribution to the mission. The Special Weapons Marine solves problems with a chain-gun and a portable sentry gun, among other assorted choices of “special weapons.” The Medic is design to heal party members but can also hold her (or his) own during a gun fight, the Tech focuses on opening electronically locked doors and welding them shut, in case there are aliens on the other side. The Officer is the team leader and provides buffs to the party's members and their abilities. A team can have more that one Marine class, but there are missions that will require a specific class to complete.

It started off as a mod for Unreal Tournament 2004. Valve (the company that brought us the Half-Life series) hired Alien Swarm's development team to finish the game.

Alien Swarm was release as a full retail product entirely for free via Valve's Steam distribution on July 19, 2010.