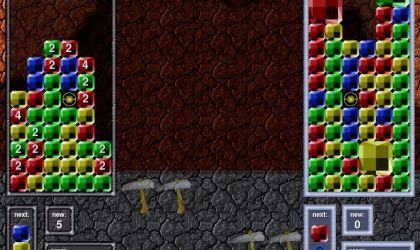 A puzzle game which surprisingly has little to do with anger or drinking...