You are here: Freeware Home / Driving / Ball Racer
Follow us: 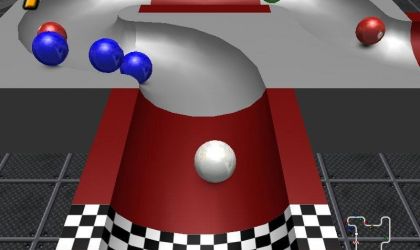 Race a shiny white pool ball around a track, attempting to beat the other balls to the finish line.