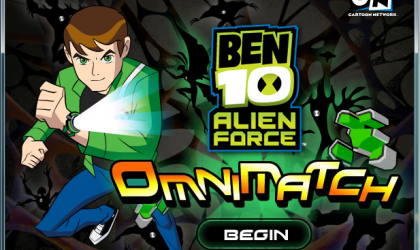 A casual puzzle game similar to popular "Match 3" games in the market.

A puzzle game where you have to match the pictures of aliens featured in Ben 10 to make them vanish and score points. The number of alien types and speed of the timer increases as you progress in levels.