You are here: Freeware Home / Puzzle / Cautious George
Follow us: 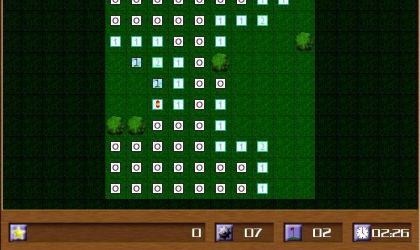 A Minesweeper-like game with a person actually searching for the mines in a field.