You are here: Freeware Home / Puzzle / Cosmic Invaders
Follow us: 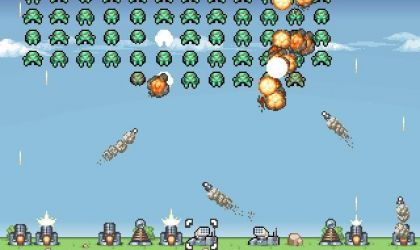 A Space Invaders remake which puts you in a defensive position against the armada.