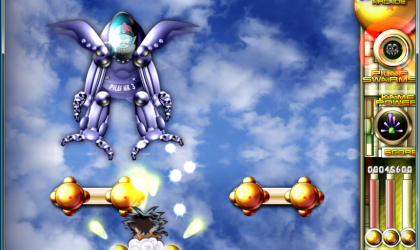 Control a very young Goku while on his Flying Nimbus and shoot at Emperor Pilaf's robot minions as they arrive from the top of the screen.

An arcade shooter in the spirit of the classics from Softendo with elements from the equally classic Dragon Ball animé.