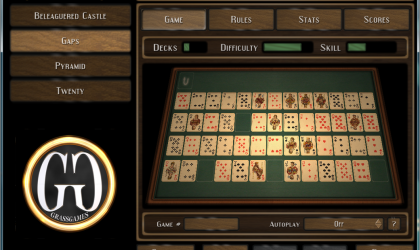 Free Solitaire 3D includes four solitaire games; Beleaguered Castle, Gaps or a.k.a. Montana, Pyramid, and Twenty, free of charge. The game features a lot of customization options and the decks in the game can be printed out by the player.