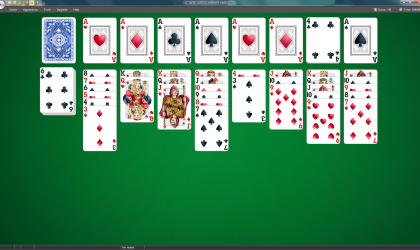 Free Spider Solitaire 2010 is for the completist solitaire gamer. This version includes two solitaire variations that are not in the 123 Free Solitaire 2009. The game has not lost any of it's former charm and is a handy addition to the default Windows solitaire card game.