You are here: Freeware Home / Card / Get Uno
Follow us: 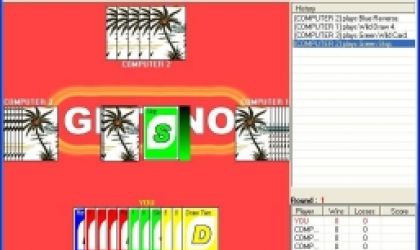 The classic card game that usually requires two or more players comes to the single player via free download. Track your moves and build strategies in this version of Uno.