You are here: Freeware Home / Arcade / Manu
Follow us: 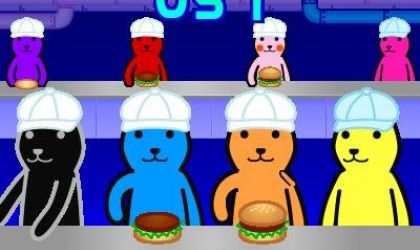 A cat in a factory is tasked with the job of putting a bun on meat. Repeatedly.