You are here: Freeware Home / Driving / Stayin' Alive
Follow us: 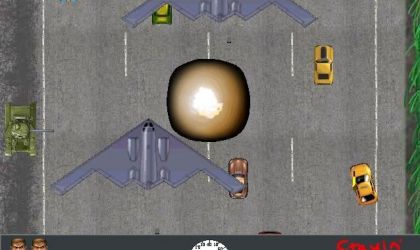 When you get stuck in rush hour traffic, there is only one thing to do – kill, kill, kill.