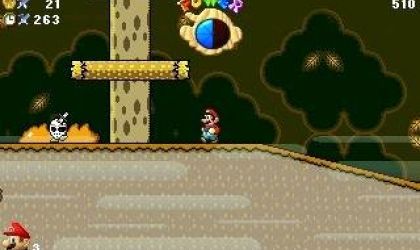 Excellent Super Mario clone. It won't knock Mario Forever off its throne but it sure is great to play.