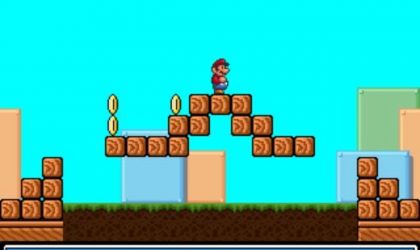 Mario is back! This time… well, he has to save the princess again. Can he do it… again?