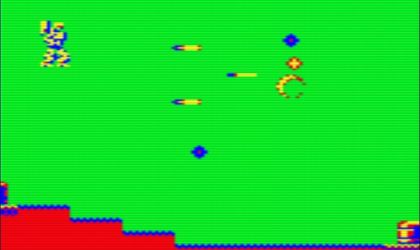 This side scrolling shooter is not designed for the feint of eyes.