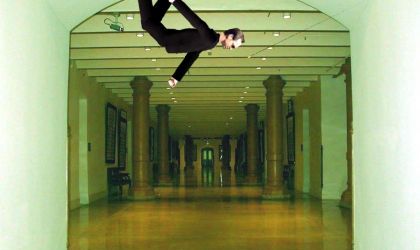 Play as Hugo Weaving in The Matrix Reloaded as you dodge bullets for your life.