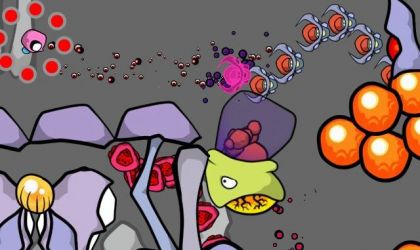 A stylish - but short - horizontal shooter set in a creepy, semi-organic world.