You are here: Freeware Home / Action / Steel Mammut
Follow us: 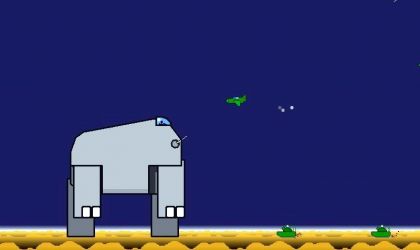 You're in the charge of a giant machinegun weilding steel mammoth What else do you need to know?