You are here: Freeware Home / Arcade / Street Fighter 3 1.0
Follow us: 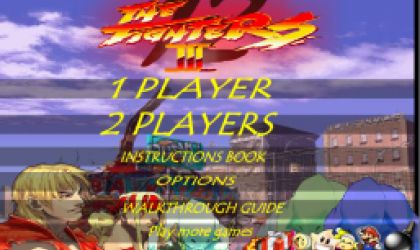 Street Fighter 3 1.0 is a tribute to the arcade classic, using the familiar characters created by CAPCOM. There are three modes in which a single player can play: Training Mode, Bets Fighting Mode or Bounty Fighting Mode. Each gives the player a chance to gain experience and money while mastering their character's particular martial art.