You are here: Freeware Home / Adventure / Arcade Sniper
Follow us: 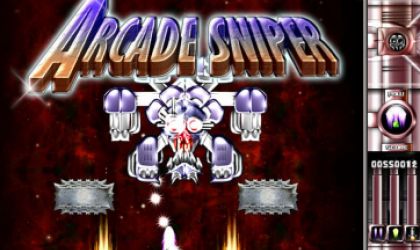 Arcade Sniper is a 2-D shooter in which you pilot the X-wing Sniper and fight to keep the evil, alien boss Obliterator from destroying Earth. Earn bonuses, upgrade your weapons and face various enemies in this seemingly upgraded version of the arcade classic Galaga.