You are here: Freeware Home / Adventure / Mario Online
Follow us: 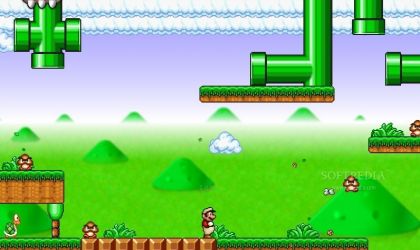 Take Mario's side in a bet against Luigi that he can defeat more of Bowser's army than his brother! Use the many weapons given to you by Toad and attempt to wipe the screen clean as waves of familiar enemies try to take your lives.