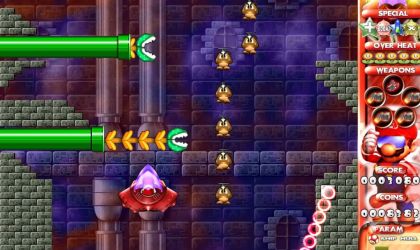 Mario Forever Galaxy offers players the ability to customize their ships and weapon capabilities, while providing character modification, as well. Travel through a new type of "Mushroom Kingdom" and navigate to save the Princess. This is not a regular, Mario platforming game, but a 2-D shooter that plays much like an arcade game.