You are here: Freeware Home / Arcade / Mario Games 1.0
Follow us: 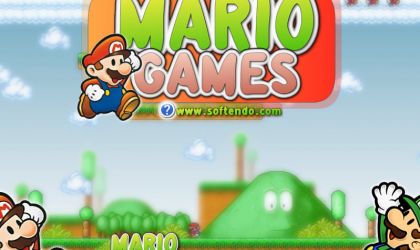 Mario Games 1.0 is a simple platformer in which you, as Mario, seek to achieve high scores by stomping gumbas, Koopa shells and collecting coins. If your score is high enough, you have the option of posting it to Softendo's leader boards online. Use unique strategies through three levels to rack up points.