You are here: Freeware Home / Arcade / Zatacka
Follow us: 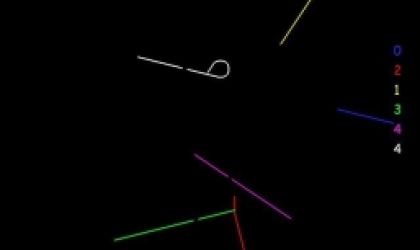 Zatacka is an odd, German game in which you can control six lines, using the F1-F6 buttons. Curve the lines to avoid barriers, other lines and the walls. It's really as simple as that.